For use if you are a Board Licensee and wish to change your public or home address, phone number, or other contact information.

Having trouble with the online portal? Use the fillable PDF instead:

The Board shall not consider a complaint against a psychologist arising out of a judicially ordered evaluation, treatment or psychoeducation of a person charged with violating any provision of title 13, chapter 14 [Sexual Offenses] to present a charge of unprofessional conduct unless the court ordering the evaluation has found a substantial basis to refer the complaint for consideration by the board.

Complaints filed under A.R.S. §32-2081(B) will be returned to the Complainant with instructions that those Complaints must be filed with the Court that heard the original court case.

A Complaint may be filed when unprofessional conduct is alleged against a psychologist (except as noted above for Court-ordered services), behavior analyst, or applicant for licensure.

To file a Complaint against a psychologist, behavior analyst, or applicant for licensure, please complete the Complaint form, which may be downloaded from this page or under the “FORMS” tab (see “General Forms”).

The Complaint will first be investigated by Board staff.  All related materials, such as the original Complaint, response, and any other materials will be provided to the Board’s Complaint Screening Committee (CSC), which consist of one public member and two psychologist members of the Board.  The CSC provides the first level review of the Complaint.  The CSC may dismiss the Complaint, refer the Complaint to the full Board for further consideration, or request additional information.

Complaints referred to the full Board will be reviewed and considered for possible action.

To file a claim against a psychologist who has provided services ordered by a Court, please complete the Claim form, which may be downloaded from this page or under the “FORMS” tab (see “General Forms”).

Pursuant to A.R.S. 32-2081(C), the claim will be independently reviewed by three members of the Board (“Reviewers”), including one public member. The Board office may contact the Claimant with follow up questions or to request additional documentation.  Each Reviewer will review the Claim and will independently make a recommendation to the Board’s Executive Director regarding whether there is merit to open a Complaint.  If the three Reviewers independently recommend not opening a Complaint, a Complaint will not be opened.  If, however, one or more Reviewer(s) recommend opening a complaint, a complaint will be opened and an investigation will follow.  You will be notified of the outcome of the review.  The psychologist will be notified of the Claim pursuant to A.R.S. 32-2081(E).

As part of the Board’s work in connection with investigating complaints, Arizona law authorizes the Board to examine and copy documents, reports, records, and other physical evidence wherever located relating to the psychologist’s or behavior analyst’s professional competence, unprofessional conduct or mental or physical ability to safely practice psychology or behavior analysis.  This examination is conducted under the authority of Arizona Revised Statutes §§32-2082(A) and 32-2091.10.

In the event Board authorized staff conducts an inspection or examination at a licensee’s place of employment, a Small Business Bill of Rights is provided pursuant to A.R.S. 1001.01(C).

Use the portal to complete the online renewal application or to pay your license issuance or renewal fee.

We do not have an online application for new applicants. New Psychologist and Behavior Analyst applicants must complete a PDF application. Please go to the FORMS tab in the menu, and then go to the application page appropriate to your profession (PSY or BA) for further information and to download forms, including the Universal Recognition applications.

(Does not apply to Renewals):

Approved Applicants are required to pay the pro-rated license fee to have their license issued. This may be paid online by card, or by mail if using a check or money order.  If paying by card using the online portal, please email the Board office first. The initial license fee will appear in the applicant's secure shopping cart only after staff assistance. Call 602-542-8161 or 602-542-8163 or email [email protected] for assistance.

A new, revised Behavior Analyst application which conforms to the new Rules is now available on the BA Applications page. If the BA application form you are completing does not have a revision date of 06/2019, you will need to download the new application. Previous versions are not accepted. 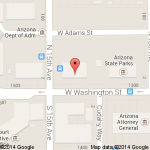